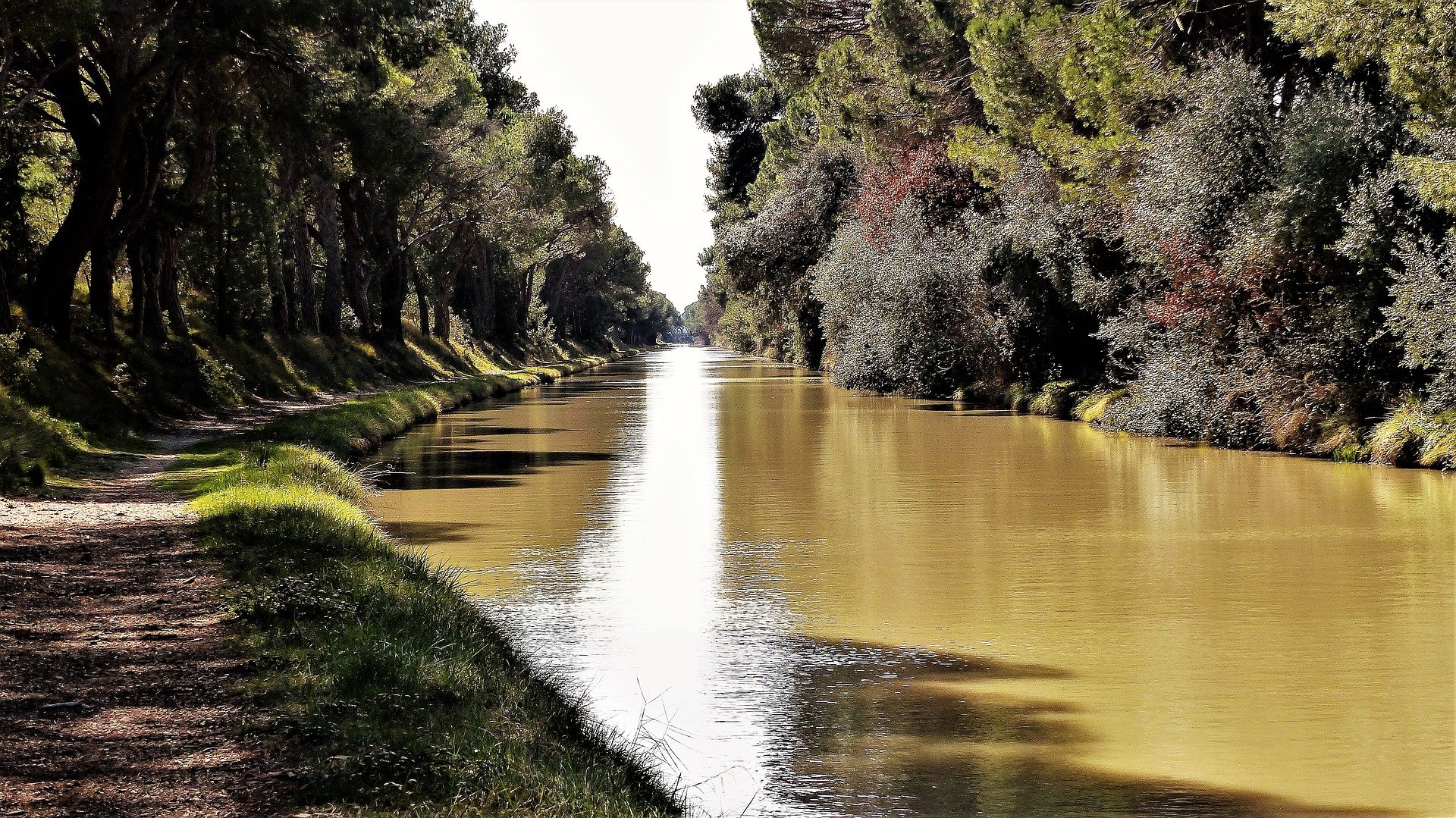 Many French kings, such as Charlemagne, François 1st or Henry IVth, thought about a project to connect the Mediterranean Sea to the Atlantic Ocean to avoid bypassing Spain. However, they all face the same issue : how could they supply the canal in water and thus, during the whole year. It has been tried to divert the rivers but it didn’t work in the long term.

Pierre Paul Riquet finally found a way to solve the problem. Using his knowledge of the Montagne Noire’s hydrography, he imagined an irrigation system of the Canal, diverting the waters of this mountain to the brink of Naurouze, a summit where the waters flowing towards the Mediterranean Sea and the Atlantic Ocean are split.

A project held up by the state

His idea is immediately accepted by Louis XIV and his minister Colbert who help the French engineer to get some financings in order to make the feasibility studies for the project which will, then, be approved by all, the King also sees in the Canal military and political advantages. The construction finally began in 1667.

The technical means used to dig the canal are incredible, especially at that time. Indeed, almost 12 000 workers, men and women, participated in the construction of the Canal du Midi. Firstly, the project is entirely financed by Paul Riquet himself and then, the State and the provincial states of Languedoc pitch in for 80% of the project.

This construction cost, in total, about 17-18 millions of old French pounds, the second biggest French project after the Palais de Versailles.

In May 1681, only a few months after Paul Riquet’s death, the Canal was finished. At that time, it was called « Canal Royal du Languedoc » and changed name only after the French Revolution in 1789.

As soon as the Canal was put into service in 1684, it was used to transport merchandise, people or messengers. The boats were pulled by horses on towpaths. Thanks to it, the wheat and wine markets in Languedoc are revived and play an important role for the French economy. Indeed, using the Canal avoided the merchants to bypass Spain, weakening the Kingdom of Spain at the same time.

Designated a UNESCO Historical Site since 1996, the Canal du Midi is also a great architectural achievement. For instance, the Répudre canal bridge, near Ventenac-en-Minervois, first canal bridge in France and only second in the world enables the Canal to pass above the Répudre river. The Malepas tunnel, near Béziers, is the first tunnel in the world to be crossed by a navigable canal.

Nowadays, the transport of merchandise left tourism sailing on the water of the Canal and the 241km now welcome about 70 000 tourists every year. It is a lovely and peaceful destination for those who want to walk, ride a bike or travel by boat.