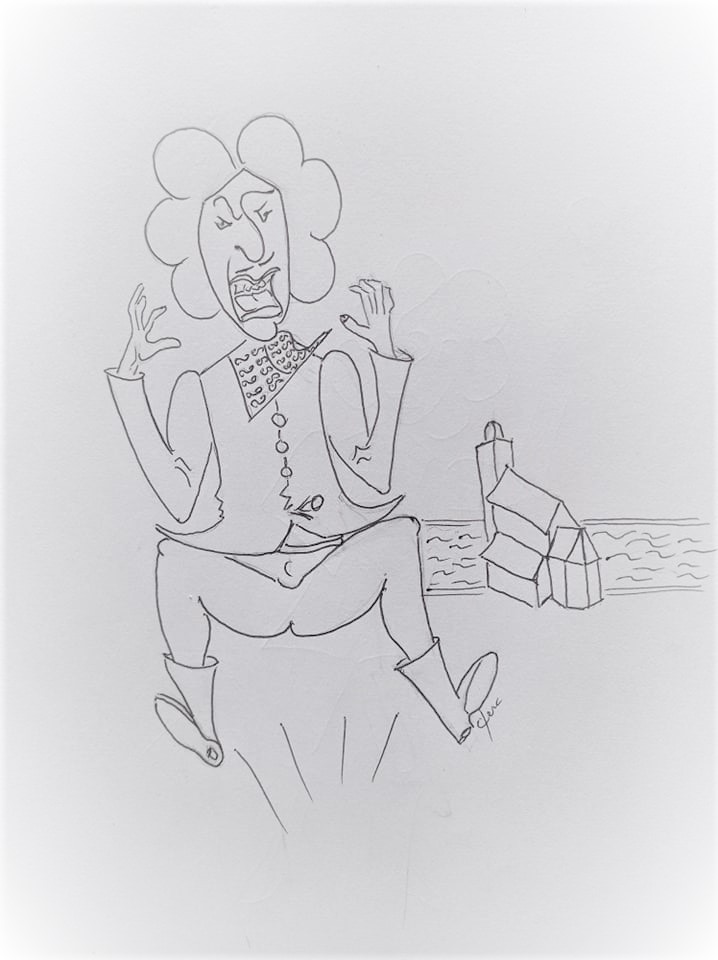 You see, there, right in the middle of the future canal… .. A church! Notre Dame des Clottes, this 12th century church and its cemetery … built on land from the old feudal castle of Paraza.!

I see only one solution: move it! I’m going to rebuild it high up in the village, almost identical.

On October 19, 1676, I received the expropriation report and the work could begin.

Although the work was done in the 1670s, a period when the Gothic style was developed, we will keep the elements of Romanesque architecture, in particular the square bell tower that we often find in the Romanesque Languedoc and the pentagonal apses. In addition, like the churches of the Middle Ages, the new church will retain its orientation: facing east, where the sun rises and where light triumphs over darkness and by analogy, Christian texts consider that, on this side, Jesus will make his glorious return among men.

To unlock Challenge 3, you will need to

Okay, now we have to solve another problem !!! Obviously, this canal route in Paraza is full of pitfalls !!

To fully understand what it is, go to the orientation table …

THEN MEET AT THE ENTRANCE OF PARAZA CASTLE

Number of sides of the apse = 5

Return to Challenge 1
Go to challenge 3
Share this page