Presentation of the Castle

Welcome to the Château of Paraza ! 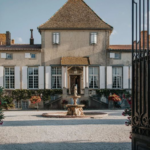 You are at the entrance of the wine cellar. It was constructed in the 18th century and reconsidered according to our need. The framework of the winery (further) is made of wood and participates in the beauty of the whole. On both sides, you can see some concrete tanks (on the right), then stainless steel vats (on the left) and fiberglass vats on the same side. In the depths of the winery you have access to the bar, the wine storehouse where some of our cuvées are aged in oak barrels.

Come in to know more about us ! 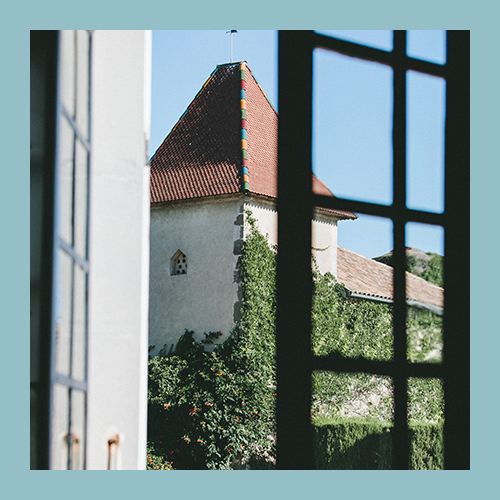 Before getting a great reputation for its wines, the estate knew a lot of different activities and cultivations : olive-growing, cereal cultivation, sheep breeding, etc. Le Château de Paraza is dated from the 17th Century. Its story is deeply linked to the construction of the Canal du Midi underneath, impressive work of the engineer Pierre-Paul Riquet, put in service in 1681.

Paul Riquet lived in the castle during the whole period of the project ; to thank its host, he constructed the seven terraces on the other side of the castle that go down to the Canal du Midi. During the reign of Louis XIV, the Canal du Midi was known as “Canal du Roy”. The commercial traffic was so concentrated that the Canal quickly proved its efficiency. It was classified as a World Heritage Site by Unesco in 1996.

Since 2005, the Danglas family has given back a new breath of life to the castle, the vines and the activity in general. The parents and the children, now adults, all do their parts in the wine production, or in the castle : wine tourism, trade, events and work in the vines. 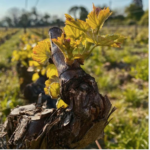 As workers involved in the protection of the environment, our priority is to produce fine wine without degrading the earth, giving us the basis of our production. That is why we decided to produce under the HVE certification (High Environmental Value), authorizing sustainable agriculture that integrates and develops biodiversity into the cultivation management, with a strict limit of the use of chemical products (inputs, plant protection agent, etc.). In our crops, we only use mechanical weeding with a deep work of the land. We also put biodiversity into the heart of our preoccupation, that is why we are growing and maintaining a small grove of pines near our cultures.

More recently, since 2017, we put in place a method of struggling by sexual confusion against les tordeuses de la grappe (grape caterpillars) by preventing their reproduction and proliferation. But to respect the environment does not only concern the vines, we put it into practice in the winery. For instance, we do not use any chemical product to clean the vats and the vessels, only water : within the concrete vessel, made of epoxy, we only use karcher to remove all the crystals coming from the malolactic fermentation. We limit the use of water in intense periods of drought.

The vineyard of Minervois 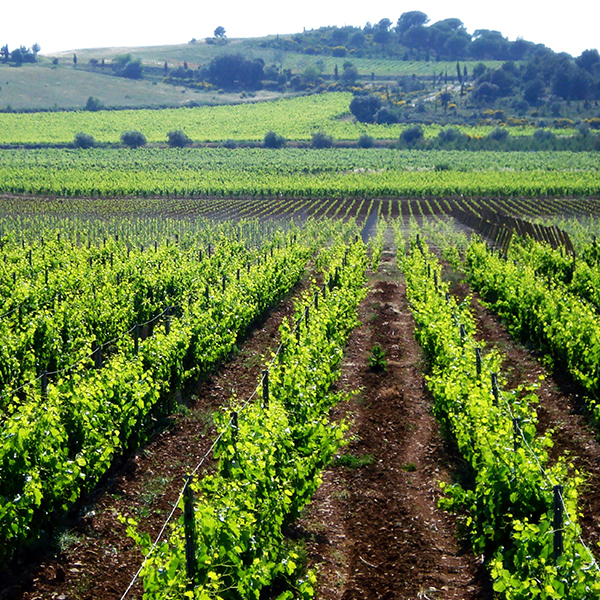 The vineyard of Minervois is one of the oldest of the mediterranean vineyards. It extends from Narbonne to Carcassonne and is delimited by the Canal du Midi on the Southern part and the Black Mountain on the Northern Part. Officially classified as an AOP in 1985, it mainly produces red wines. The Minervois became one of the biggest AOC of the Languedoc-Roussillon region, after AOC Corbières, which is wider, but just in front the vineyards of La Livinière and Saint-Jean-de-Minervois, much smaller. The main black grapes are, without any surprises, Syrah, Grenache, Mourvèdre, Carignan and Cinsault, which grow the best under the sun and the Mediterranean climate characteristic from the South of France. Concerning the white grapes, we are more into Roussanne, Grenache Blanc, Bourboulenc, displaying their personality into a limited range of white wines.

At the Chateau de Paraza, we are devoted to the idea of producing fine wine without degrading the earth, giving us the basis of our work, while giving a positive image of the Minervois, even buffing it up, as the wines of the Minervois are often considered as easy-drinking wines. Our objective is to prevent those clichés from spreading more.

We want to surprise, attract, make people discover something else, something better, and show that having a good terroir, an adapted climate and a talented winemaker, it is possible to produce very qualitative and distinctive wines.